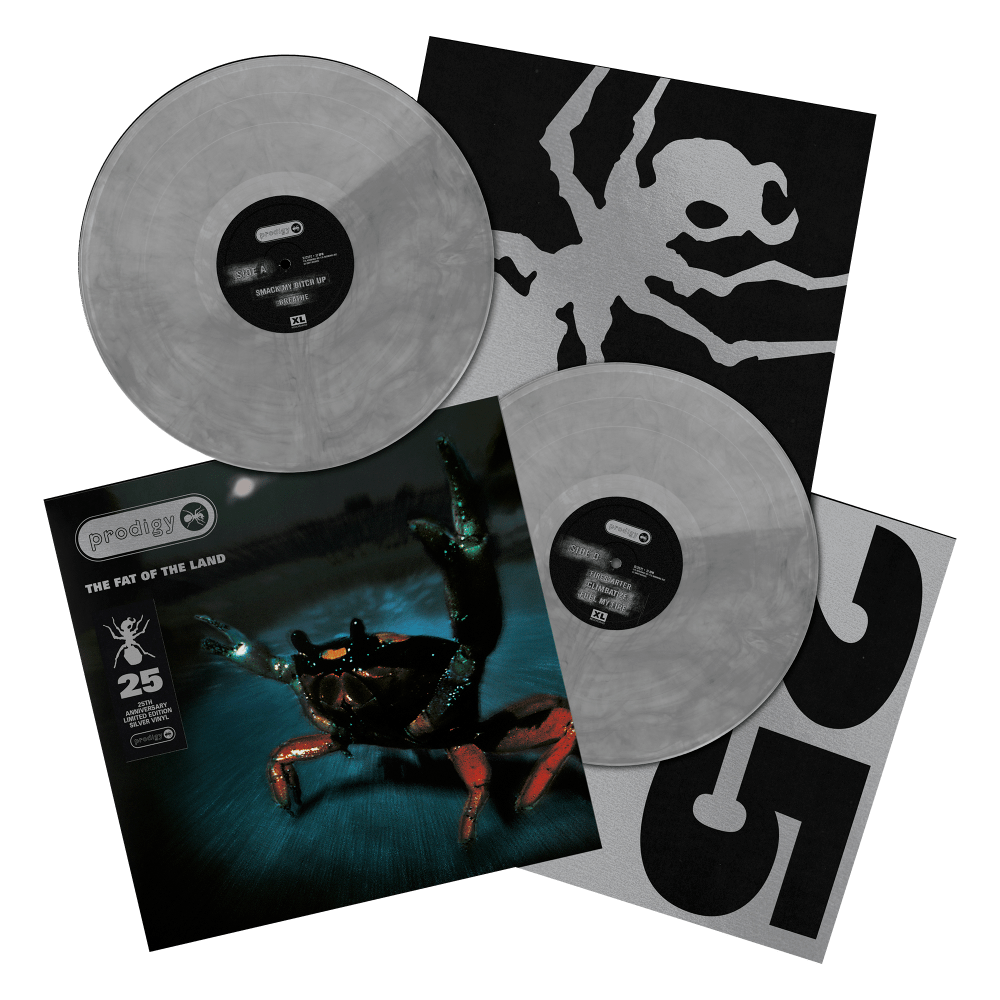 Thursday 30 June - marks 25 years since the release of The Prodigy’s ‘The Fat of the Land’; an album so iconic it turned the sound of underground rave music into a global force; capturing the world’s attention and dominating the charts. In celebration XL Recordings announces two-anniversary releases including a limited edition 2LP silver 12" vinyl package of the original album with a reimagined version of Alex Jenkin’s artwork, and a brand-new remix of “Firestarter” by drum and bass pioneer Andy C.

The Prodigy’s third studio album “The Fat of the Land” became a global phenomenon, debuting at number one on album charts around the world it has gone on to sell over 10 million copies. The album’s journey started with the single “Firestarter”, which was released alongside a bold video that was shot in London’s abandoned Aldwych Tube station directed by Walter Stern.